I'm familiar with driving in the rain.  I live in a National Forest which is not technically a rainforest, but it should be.  It seems to rain more than half of the year, and nonstop from about November through May.  Anyway, I am fairly used to that, but one fact remains: I hate driving in the rain behind trucks.  Especially logging trucks, which for some reason shed more spray than most others.

Windshield wipers on the highest speed could still not peel the glaze spraying back from the trucks.  Meanwhile, I was listening to the radio about logging in Oregon, and how the state would need to increase timber harvest by 2000% (yes two THOUSAND percent) to reach financial goals.  Republicans have introduced a bill to allow this to happen, which, as someone who can see clearcuts from my road, makes my stomach sink.  An alternate bill will at least protect trees that are over 125 years old... Yay? 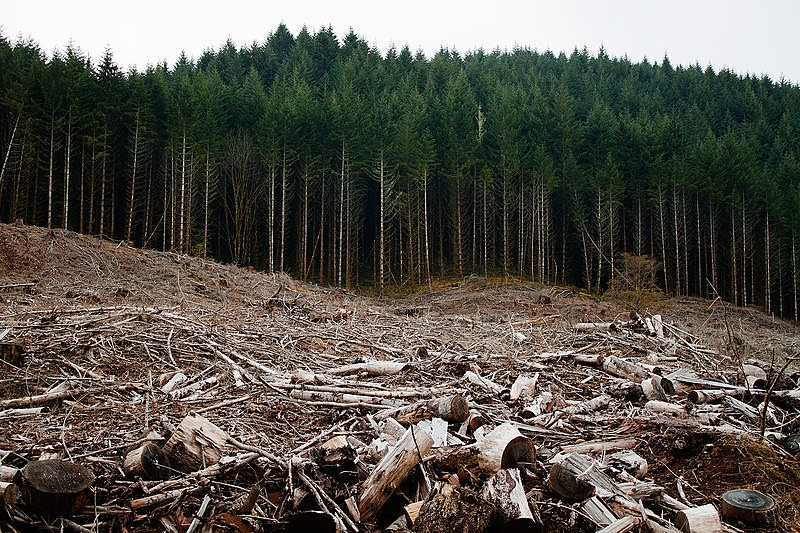 It might seem odd to critique mega-logging (my craft depends on wood-- dead trees) while also being an advocate for the living trees, but woodcraft is not to blame for declining health of forests; it is a drop in the bucket compared to overseas consumption, quick stick-framed homebuilding, and paper production.  I do not mean to get political on this blog but these are the thoughts while driving through some of the best forests in the nation, if not world.  It has at any rate increased my resolve to continue my focus on using the most local wood possible. 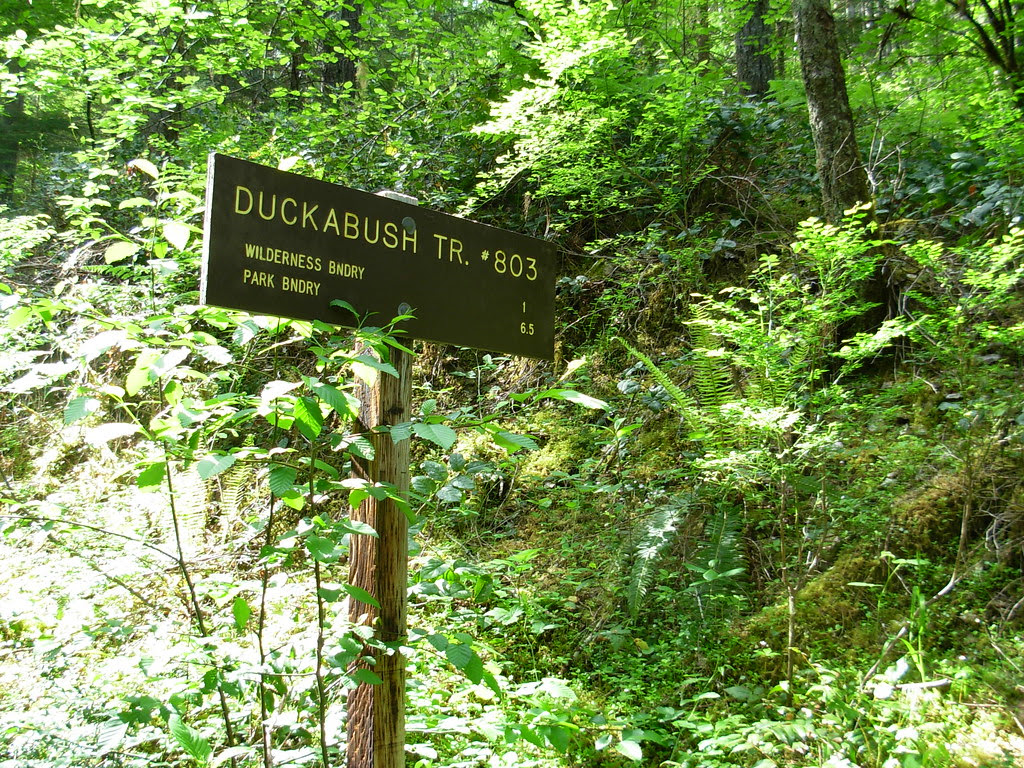 How else dose a lonely traveller pass the 7 hours it takes to get from here to there?  Well one game I played was trying to pick my favorite of the rivers I crossed: 1st place was a tie between Duckabush and Dosewallips.  Elsewhere on the Olympic Penninsula, one may enjoy the also fun-to-say Queets, Quillayute, Bogachiel and Humptulips.

The rain was absolutely relentless until Port Townsend was about 10 miles away.  At that moment, almost instantly, the sun broke through the clouds and a glorious rainbow appeared, pointing right at the town.  As I rolled in and arrived, everything was dripping dry and the sun was blazing.  My hotel is right on the waterfront, and while my room promised "NO VIEW" in the description, its actually quite a nice view of the marina out my window.  An Indian restaurant across the street secured the fact that I chose the right lodging.  I was also pleased to see a health food store right around the corner. 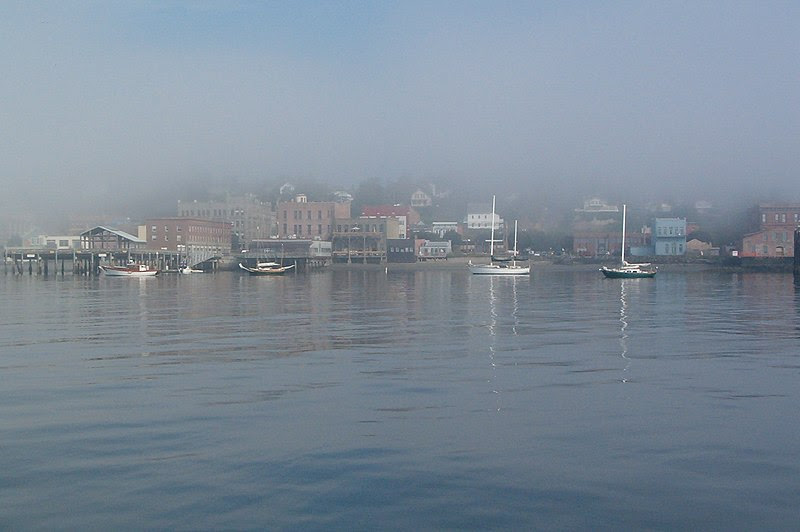 Port Townsend is a beautiful, charming little city.  Its downtown has wonderful brick storefronts and remnants of old painted signs.  This is no big deal for those  in the rustbelt or East, but out here we are lucky to see buildings built after 1960, especially when so far away from a large city.  There are numerous galleries, pubs, cafes, bicyclists, and people who look healthy.  I feel like I have learned to spot the goodness of a town pretty quickly, and this one jumps out as being akin to Bellingham (WA), Missoula (MT), or Santa Cruz (CA) as far as offering good livin' goes.  One of my factors I will share: there is a high T3 index here.  For the uninitiated, this means that there are several Volkswagen Vanagons rolling around.  These relics are not as old as the more famous air-cooled "bus" vehicles of the 60s, but they are often highly correlated with folks who love the outdoors, dogs, crafts, sailing, travel, and adventure.  In a town where you can see one Vanagon and barely have to wait until the next one is within view, you are almost certain to also find good food, good breweries, and good people.

Speaking of good food, the co-op was great.  I no longer have to worry about my lunch for the next 2 days. 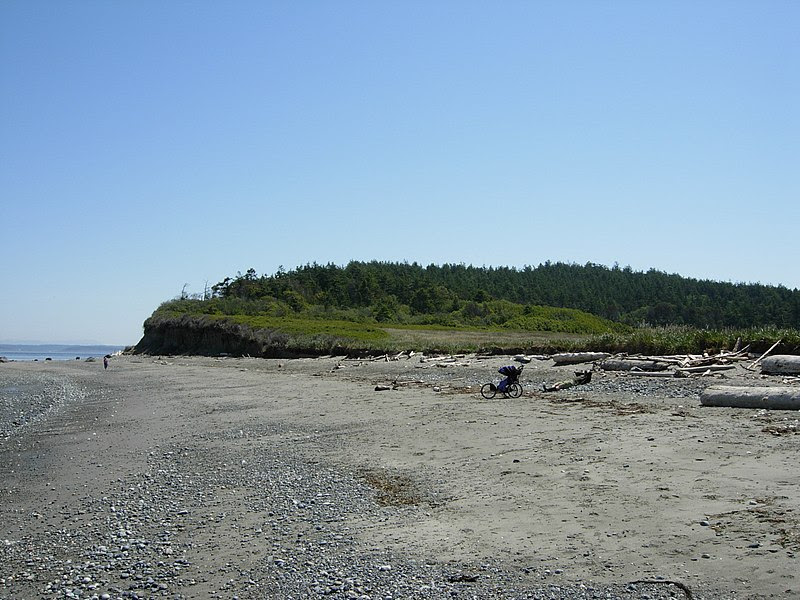 I made a quick dash to Fort Worden in order to make sure I can find the school in the morning.  Its conveniently located and in an utterly gorgeous setting.  It reminds me a bit of Seattle's Discovery Park, but smaller and nicer. Old officer houses are set in a stately manner onto the hilltop, and the beach is spectacular.  The woodworking school itself is a dream: an old power-plant, it looks like a bunker with extremely ample doors for loading large materials.  I did not go inside, but I could see clearly: it is well-lit, with a huge wall of hand tools.  The founders of this school have every reason to be proud, and I cannot wait to go see it up close tomorrow.

note: I didn't take any of the photos in this entry.  They are all Creative Commons licensed images from the net, chosen because they do share the visual nature of my experience.  I will take lots of photos tomorrow and post them as I can!
Posted by upriver at 6:16 PM